Museum “Upper Silesian Ethnographic Park in Chorzów”
would like to invite to
the 3rd international interdisciplinary conference
of the LOST VILLAGE conference series
“Lost Village 3: Community, Self-governance, Space”,
which will be held in Chorzów , in the seat of the Museum
on 21-22 November 2018

The inspiration for organizing the third rural historical conference of the “Lost Village” cycle are great interests both in this topic and in the papers presented during the previous conferences in 2014 and 2016. Important is also the willingness, declared by the Museum “Upper Silesian Ethnographic Park”, to organize regularly (every two years) scholarly meetings devoted to this topic. In 2018, the Museum is also going to publish the papers and proceedings from the 2016 conference. Still noticeable divergence between the state of knowledge on late medieval and modern villages in Poland and other central European countries as well as the increasing interest in the history of the former settlements assured the organizers to return to the interdisciplinary discussion in this field.

Just as in 2014 and 2016, the first part of the 2018 conference will be devoted to the analysis of the material relics of former villages. Our aim is to present relics of settlements as well as buildings and structures of such kind, discovered during archaeological surveys (this time we want to focus on the traces of a developing self-governance: village leaders’ [scultetus / iudex] seats – including their manor houses with households – mills, court-inns etc.). We would also like to continue the discussion on the interdisciplinary methods of analyzing the lost villages, run by archaeologists, historians, cultural anthropologists, geographers and other specialists of different fields of science.

The second module (generally well related to the first one) are topographic structures that are often still visible in the landscape – much transformed since the middle ages – like homesteads, which, when being funded and organized – were not a self-generated phenomenon but rather a result of the next level of both legal and economic development of settlements (we are interested the most in the traces of results of cooperation within these communities, like: reclamation or melioration works, digging the mill races or mill ponds etc.).

The third part will focus on immaterial traces – traditions, narrative tales and stories, topographic names – analyzed in terms of their socio-cultural functioning, customs and rituals of the rural populations as well as their transformations and disappearing. The most interesting will be the aspect of the self-governed villages seen as communities of peasants and of – connected with it – awareness and identity of the villagers, potentially perceptible during queries in the archives.

The program of the conference presumes 30-minute-long paper and 15-minute-long communique. Everyone who wants to participate in the paper sessions, is asked to fill in and send the application until 31st August, 2018 to the following e-mail address: dumin@muzeumgpe-chorzow.pl. The organizers of the conference reserve for themselves the right to choose among the received proposals. You will be informed about the decision of the organizing committee not later than on 20th September, 2018.

The detailed program of the conference will be available in the second half of October 2018.

The text of those lectures, which would be reviewed positively, will be published in the Annals of the Museum “Upper Silesian Ethnographic Park in Chorzów” or as a monography. The deadline for sending articles is 31st March, 2019. The authors of the published texts will not receive any remuneration, but they will obtain one copy each of the periodical, in which the text will be published. 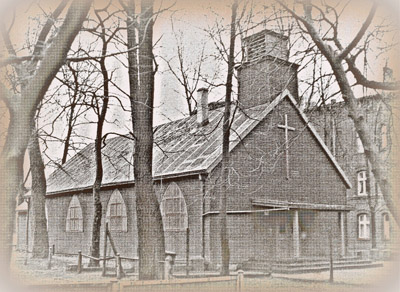 Museum “Upper Silesian Ethnographic Park in Chorzów” invites you to participate in an interdisciplinary scientific conference entitled ” Religiousity and everyday life in the evangelical environment”, which will take place at the Museum headquarters on November 16, 2017.

In the area of interest of the organizers of the conference there will be distinctions of worldview, ritual and customs as well as narrative communities distributed in the community, annual and family habits, neighborhood relations, interior decoration and significance given to space or objects, as well as genealogy and fate of evangelical and evangelical Catholic families. Considering the strategy of functioning in a heterogeneous religious denomination family.

More details and the application form can be found below.

Scientific conference titled: In the footsteps of the past ... Genetic Genealogy in Prehistory and Historical Research

We invite you to an international interdisciplinary scientific conference entitled ” In the footsteps of the past … Genetic genealogy in prehistory and historical research, organized by the Museum “Upper Silesian Ethnographic Park in Chorzów” and the Upper Silesian Genealogical Society “Silius Radicum”, which will be held at the Museum’s headquarters on 21-22 June 2017.

Below is an attachment with the conference program:

In the footsteps of the past ... Genetic Genealogy in Prehistory and Historical Research 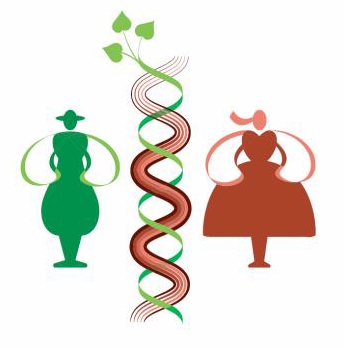 The Museum “Upper Silesian Ethnographic Park in Chorzów” and Upper Silesian Genealogical Society “Silius Radicum” invite you to participate in an international interdisciplinary scientific conference entitled “ In the footsteps of the past … Genetic Genealogy in Prehistory and Historical Research”, which will be held at the Museum’s headquarters on 21-22 June 2017. More details and application form can be found below in download files.

A conservation session dedicated to the maintenance, display, preservation and storage of metal objects

The “Upper Silesian Ethnographic Park in Chorzów” Museum and the Coal Mining Museum in Zabrze intend to organize another one-day conservation session devoted to maintenance, display, protection and storage of metal monuments on 8 December this year.

The direct inspiration for organizing the session is: maintenance of a litter box conducted by the Museum “Upper Silesian Ethnographic Park in Chorzów” and works by the Museum of Coal Mining. As the conservation sessions at MGPE have become a forum for exchange of views and experiences of professionals – conservators of museums and representatives of conservation services, we would like to cover a wide range of topics from maintenance theory through presentation of specific realizations to issues related to exposure. And storage of metal objects.

Village past but present: traces of old villages and their research 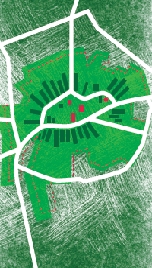 The Museum “Upper Silesian Ethnographic Park in Chorzów” invites you to participate in the second international interdisciplinary scientific conference from the series WIEŚ ZAGINIONA. “Village past but present: traces of old villages and their research”,
Which will take place in Chorzow on 16-17 November 2016.

The inspiration for organizing the second rural conference from the “Lost Country” series is a great interest in the subject, as well as speeches, presented at the first edition of the 2014 conference. It is also important to publish a summary report for the current year.

Texts of the speeches that will receive a positive review will be published in the Museum’s Annual Magazine “Upper Silesian Ethnographic Park in Chorzów” (the magazine) or dedicated monographic.

A session devoted to genetic genealogy 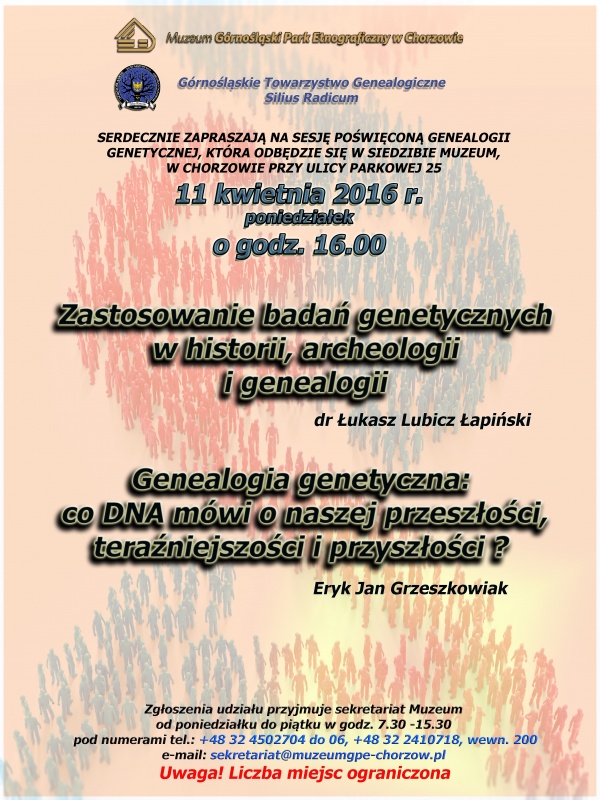 The “Upper Silesian Ethnographic Park in Chorzów” Museum and the Upper Silesian Genealogical Society “Silius Radicum” invite you to the Genetic Genealogy Session, which will be held at the Museum on 11 April 2016, at 4 pm. During the meeting will be delivered lectures: “The application of genetic research in history, archeology and genealogy” – dr. Łukasz Lubicz Łapiński and “Genetic Genealogy: What Does DNA Say About Our Past, Present and Future?” – Erica Grzeszkowiak. 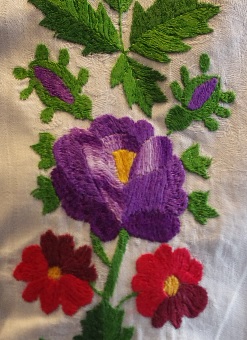 The use of materials and techniques, the formal criteria that shaped the aesthetic and artistic character of decorations are the main themes of the conference “Folk costume. Between crafts and art”.

The application form below. 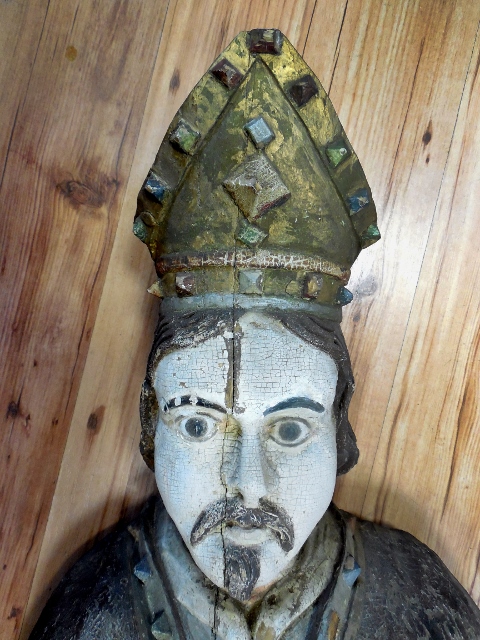 Meeting program in the appendix. 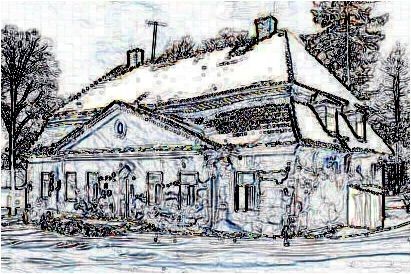 Soon, on November 5, 2015, an interdisciplinary scientific conference will take place in the Museum “Upper Silesian Ethnographic Park” in Chorzów: Upper Silesian nobility from the 18th to the beginning of the 20th century. History, architecture, economy, social relations.

The inspiration for organizing the conference is the planned reconstruction of the Upper Silesian Ethnographic Park in Chorzów in the Upper Silesia Manor House with its surroundings. In the papers will be presented the results of research from the entire historical area of Upper Silesia. The time range covers the 18th century to the beginning of the 20th century. Materials will be presented on the way of functioning and conversion of manor areas and buildings, their backyard, as well as mutual relations and relationships between landowners and their employees and the inhabitants of their villages. Among the issues will also be the everyday life and history of noble families.

No admission after 3 p.m. Walking tours, interiors of facilities are not accessible.

No admission after 3 p.m.

No admission after 3 p.m.

We offer a reduced parking fee of 2 PLN.

(care-takers companions are obliged to purchase a reduced-price ticket)

Do you know...
In 1938 a wooden church from Syrynia, which was supposed to be the first object of the planned open-air museum, was moved to the Kosciuszko Park in Kosciuszko.

Font Resize
We use cookies to ensure that we give you the best experience on our website. If you continue to use this site we will assume that you are happy with it.Ok